Home / Forum / Ask Brainy
What's the difference between a long-term relationship and a marriage?

As my observation between the long relationship and marriage people, I think it is important that you need jump out the definition of the connection  when you in a special connection with someone you love.
The first and foremost,  you have to make sure you love each other. If not, any connection will not be happy, everybody knows that.

Secondly, change you mind. The love definition is pure and sincere. Marriage makes a invisible circle. If you drop into the circle, you would be afraid. So, jump out!  When you in a marriage, you could not mind the circle  for you and your lover. The tips will make you have  more fun and happiness in your long long marriage. In the meantime, if you are not in the circle. You could pretend  in a marriage with your love, it can make you have more responsibility for the long relationship and support the relationship be continued.

I have to say the circle reminds me of the Monkey King 's golden hoop. But the real love doesn't like the Journey to the West.

The last and the most important, you two love,believe, and honest to each other. 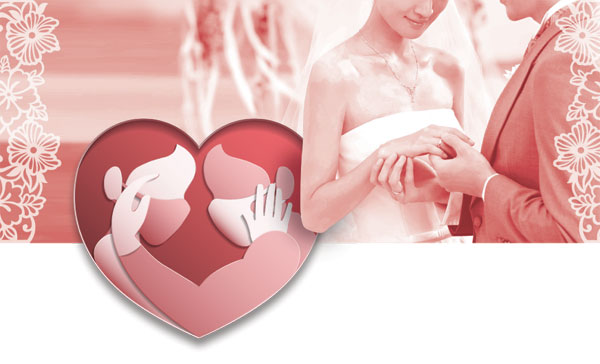 I think a long-term relationship is only between the two, and they will meet or deal with all the difficulties simply  But marrige means the couple need to ge to know each other's family, they also need to try to putting themselves in and being more tolerant of others' inadequacies will undoubtedly create more conflict.

Editor's pick
Most societies and cultures have a different understanding of what exactly is a marriage, who is allowed to marry, and what differentiates from a long-term relationship. However, depending on the country, there are often legal differences between the two. In most countries, marriage is a legally registered partnership which carries certain legal implications. These can for example extend to certain tax benefits or even have an impact on a person's citizenship status, etc. For many, there is also a cultural or religious dimension to marriage, such as a vow of faith in front of a religious authority with the aim of receiving blessing for their partnership by a higher power or god, or signaling society that two people will spend their life together or form a family through a certain ceremony or ritual (wedding), which gives their partnership a certain layer of societal legitimization. However, in some societies, living together, being faithful to each other or forming a family do not always necessitate or include being married, since some people reject or do not identify with the customs and values associated with marriage, or are not legally allowed to marry (such as homosexual partnerships in certain countries, etc.). 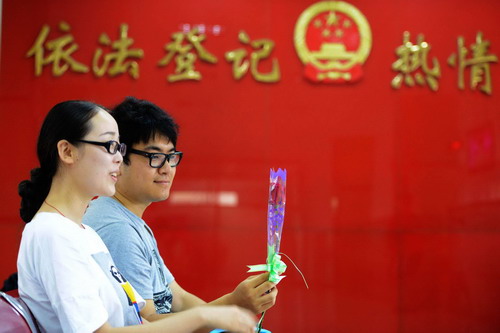 There's really no difference in the essence because marriage itself is a long-term relationship and can be 'celebrated' anyway, what matters most is the people involved and the love they have for each other.

Marriage is recognised and protected by law,but longterm relationship is not.,that's the biggest difference.

Compared to a long-term relationship,marriage contains more things. In most conditions, a relationship can be about only two people, but when it comes to marriage, few can limit it within two people because a couple have their own former family and they may have baby later, which means there is responsibility in this special relationship–marriage. Besides, we can build up a long-term relationship for various reasons, such as interests or work, while all aspects in life are involved in marriage. Consequently, there may be more problems need to be solved.

this is the difference between freedom and belief.

I'm in a relationship with my partner of 10 years. You may ask why we don't get married, and the reason is neither of us wants to, or to be specific, we don't need to get married. For us, marriage is nothing more than a legal contract. It does not anything to improve the relationship.

A long-term relationship is more free, flexible, and can be ended easier than to end a marriage .No need to split the property, cash or debts. And a marriage, It means that two people get married, become the family to the other one, and even raise kids if they like to. Couples have law responsibilities to his one/her one.

A successful Long-term relationships as a matter of fact based on trust and compatibility of the two or more people involved voluntarily by a freedom of choice and it truly manifests a real affection, reliability and concordance. Incompatible people will not be able to keep relationships for long.

However marriage doesn’t mean being a long term relationships at all. It can be broke after a month or a year. Marriage is _just and only_ an officially registered _relationships_ which may last long or short. Also Marriage is not a warranty nor manifestation of compatibility. However being legally tied incompatible people in marriage becoming hateful and unhappy, as they have no freedom of just abandon a relationships as they turns into hell.

Marriage is basically outlived itself, it is an outdated institution developed in time when women has less rights then man and marriage laws written to justify that legal rights imbalance. Nowadays women possess equal legal right as a man (and by many outdated legislation in fact their rights overprotected and outweighs men’s legal rights). In such circumstances marriage law becomes an abuse for a man whose rights are less protected at all plus a marriage law absolutely cuffing them into a “legislative slavery”.

Such outdated marriage legislation overprotective to women let them freedom to behave conscientious-less what lead to a prevalence of unhappy marriages and abundance of divorces (80% of marriages are broke while 80% of long-term relationships turns a life-term). 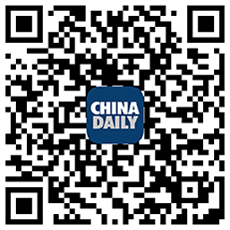